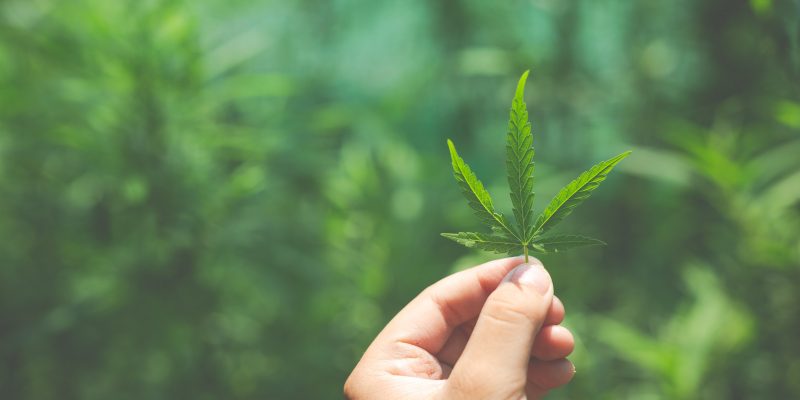 Does Medical Cannabis & Epilepsy go together? Epilepsy Ireland describes epilepsy as a neurological disorder which affects the brain. It is a tendency to have repeated seizures. This tendency can be long term, but the seizures can be controlled meaning that a person can have epilepsy but may not have active seizures. Seizures can start in a part of the brain or happen on both sides of the brain at once. Approximately one-third of patients with epilepsy have seizures that are resistant to antiepileptic medications.

What is Medical Cannabis?

You can find out all about Medical Cannabis here.

An Overview of Cannabis & Epilepsy Research

One of the first successful trials for cannabis and epilepsy was conducted in 1978 by Mechoulam and Carlini. Patients were given 200mg of CBD daily for three months. The findings of the study show that half of the patients had no seizures during the three months of the trial, with no side effects reported.

In 1980 Cunha et al conducted a further study on the relationship between cannabis and epilepsy. Patients were given 20-300mg of CBD daily for up to 18 weeks. Half of the patients remained seizure-free during the trial, with the remainder of patients finding they had a partial improvement in their symptoms.

In 2016 Devinsky focussed on the treatment-resistant condition Dravet Syndrome. Dravet syndrome is a complex childhood epilepsy disorder that is associated with drug-resistant seizures and a high mortality rate. 120 children and young adults were part of this trial and received CBD Oil for epilepsy at a dose of 20 mg per kilogram of body weight per day. The study concluded that among patients with Dravet syndrome, cannabidiol resulted in a reduction in convulsive-seizure frequency, with 5 % becoming seizure-free.

There are many forms of treatment-resistant epilepsy that can be helped with medical cannabis. Lennox-Gastaut Syndrome is a rare form of epilepsy that affects 2 per 100,000 people. Affected children experience several different types of seizures most commonly atonic, tonic, and atypical absence seizures. Children with Lennox-Gastaut syndrome may also develop cognitive dysfunction, delays in reaching developmental milestones and behavioural problems. Lennox-Gastaut syndrome can be difficult to treat because it is resistant (refractory) to many kinds of antiseizure medications. Devinsky enrolled 225 patients to receive cannabidiol oral solution at a dose of either 20 mg or 10 mg per kilogram of body weight or a placebo over the course of 14 weeks. The study showed those receiving 10 or 20 mg doses had a reduction in the frequency of seizures vs. the placebo group. The study concluded that among children and adults with Lennox-Gastaut syndrome cannabis, in particular, CBD oil was effective at reducing seizure frequency in the treatment of epilepsy.

How does a person qualify for the use of Medical Cannabis?

On 26th June 2019, the Minister for Health signed legislation to allow for the operation of the Medical Cannabis Access Programme (MCAP) on a pilot basis for five years.

The MCAP enables a medical consultant to prescribe a cannabis-based treatment for a patient under his or her care for the following medical conditions, where the patient has failed to respond to standard treatments:

You can read all about the Medical Cannabis Access Programme here.

Register as a Patient Today.

Epilepsy can be classified into four main categories: focal, generalised, combined focal and generalised, and unknown. If a patient experiences two or more unexplained seizures, a doctor will typically make the diagnosis of epilepsy.

The majority of individuals with epilepsy receive medication, and as a result, two-thirds of them live seizure-free lives. For one-third of adults, medication is ineffective in managing their seizures. Although it is rare for epilepsy to go away on its own, seizures can be controlled with the right treatment. Epilepsy does not have to prevent you from leading a normal, fulfilling life.

According to the research, Tetrahydrocannabinol (THC), the most well-known active component of cannabis, is just one of a number of compounds that have been found to have medical properties. Cannabidiol (CBD), another compound non-psychoactive, is becoming one of the most well-known compounds in the treatment of epilepsy.

How does THC affect people with Epilepsy?

Both THC and CBD are in a group of substances called cannabinoids. They bind to receptors in the brain and are effective at managing conditions such as epilepsy and multiple sclerosis. While there is a mounting consensus among people with epilepsy that medicinal cannabis is effective, like all medications there can be side effects.

Beyond seizure management alone, CBD medicines have the potential to address problems of the nervous system that cause seizures. According to the studies above, CBD has resulted in patients becoming seizure-free or drastically reducing the frequency of seizures leading them to live a full and normal life.

How to take Cannabis for Epilepsy

Working with a doctor when using medical cannabis to treat seizures is very important. Your doctor can help determine if medical cannabis will interact with any of your current medications and if it best suits your condition.

Are there any side effects?

Side effects might also depend on how the drug is taken. Smoking it would pose a risk to the lungs while eating it would not. Talk to your doctor if you are suffering from epileptic seizures and are not responding to traditional treatments. They can explain your options and provide information about medical cannabis treatment for epilepsy. The most common side effects of CBD include:

Medical cannabis is available for treatment-resistant epilepsy under the Medical Cannabis Access Programme. You may be open to prosecution if you obtain cannabis without a valid prescription.

Read more on: Is Medical Cannabis Legal in Ireland

Medical cannabis and epilepsy have a long history together. In more recent years research has unlocked its potential as an epilepsy treatment. Studies have shown medical cannabis can result in patients living seizure free life, or drastically reducing their seizures resulting in a better quality of life.  If you suffer from treatment-resistant epilepsy you may qualify for medical cannabis under the MCAP programme.

cannabis & Epilepsy
© Copyright 2022 All Rights Reserved.
0
0
Your Cart
Your cart is emptyReturn to Shop
Continue Shopping