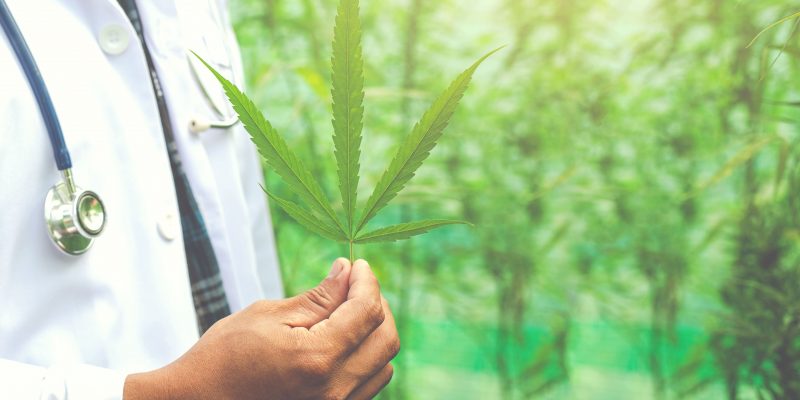 You may be wondering about Medical Cannabis and Cancer. Medical cannabis is increasingly being used to treat the symptoms of cancer. Cannabis has been found to be an effective way to reduce pain, nausea, and vomiting associated with chemotherapy and other treatments. Additionally, cannabis use has also been found to reduce anxiety and depression in cancer patients. Research has also suggested that cannabis can have a positive effect on some of the side effects caused by radiation therapy and even slow down the progression of certain types of cancers. With further research and clinical trials, medical cannabis may pave the way for more successful treatments for cancer in the future

What is Medical Cannabis?

Medical cannabis is a broad term for cannabis-based medicine that is used to relieve symptoms of certain conditions. The cannabis plant contains more than 100 different chemicals named cannabinoids, with each one producing a different effect on the endocannabinoid system in the body. Delta-9 tetrahydrocannabinol (THC) and cannabidiol (CBD) are the two main cannabinoids used in medicinal cannabis in Ireland. Medical cannabis is available to treat chemotherapy-induced nausea and vomiting (CINV).

Cannabis Oil comes from the flowers, leaves, and stalks of the cannabis plant. Cannabis Oil often contains high levels of Tetrahydrocannabinol (THC). Cannabis Oil is only available under prescription.

CBD Oil comes from the flowers of the cannabis plant and does not contain high levels of Tetrahydrocannabinol (THC), one of the many cannabinoids in cannabis. CBD Oil is often sold in health shops as a food supplement. CBD is approved as a treatment for other medical conditions such as Epilepsy, but no CBD products have been approved for use to treat chemotherapy-induced nausea and vomiting.

Hemp Oil comes from the seeds of the cannabis plant, these seeds do not contain any Tetrahydrocannabinol (THC).

An Overview of Cannabis Research for Cancer

Up to three-fourths of all cancer patients experience chemotherapy-induced nausea and vomiting. CINV can complicate or prevent the administration of planned therapy, decrease the quality of life, and can often be the most distressing and feared consequence of chemotherapy, effective management is essential.

A trial was conducted by the University of Sydney on behalf of the New South Wales Government in 2020. The trial ran for 2 and a half years with a total of 81 patients enrolled. Patients received capsules containing 2.5 mg THC and 2.5 mg CBD, which increased to 5mg over the course of the trial. Results showed significant improvement in nausea and vomiting from chemotherapy. Side effects such as sedation, dizziness and drowsiness were rated as moderate in about one-third of people using medicinal cannabis, but these are considered manageable.

The authors of this study plan to continue this research with a phase 3 parallel component of this trial, recruiting 170 CINV patients.

How does a person qualify for the use of Medical Cannabis?

The programme makes it possible for a consultant to prescribe medicinal cannabis for a number of conditions, where a patient has failed to respond to traditional pharmaceutical treatments.
Currently, three conditions qualify under the Medicinal Cannabis Access Programme.

You can take our eligibility checker to see if you are eligible to qualify for the Medical Cannabis Access Programme.

The program allows a consultant to prescribe medicinal cannabis for a variety of diseases in which a patient has not responded to typical pharmaceutical therapies.

Depending on the medical marijuana product you are prescribed there are multiple ways to administer medicinal cannabis.

Are there any side-effects with Medical Marijuana?

Medical cannabis, like all medications, poses a risk of side effects. The type of medical cannabis product, the active chemicals (such as CBD, THC, or a combination), and individual differences can all have a significant impact on side effects. THC-containing products can impair driving and cognitive performance and produce sedation, anxiety, dizziness, appetite stimulation, and other symptoms. Although CBD rarely has significant negative effects on its own, it can change the effects of other prescribed drugs.

Laws Surrounding the Use Of Cannabis

Cannabis containing THC is currently illegal in Ireland. As a medical patient, you may be permitted to obtain a prescription for medical cannabis under either the MCAP programme or a Ministerial Licence.  Cannabis obtained without a prescription remains illegal under the Misuse of Drugs Act 1977.

You can view our blog  Is Cannabis Legal in Ireland to find out more.

There are multiple sources of evidence to show that cannabis can be effective in managing symptoms and treatment side effects of cancer such as nausea and vomiting. Unfortunately, most cancer patients receiving chemotherapy will suffer from its side effects. When patients do not respond to routine medication to control nausea and vomiting medical cannabis may be prescribed. It is best to discuss medical cannabis with your healthcare provider.